Sometimes Life Gets In The Way 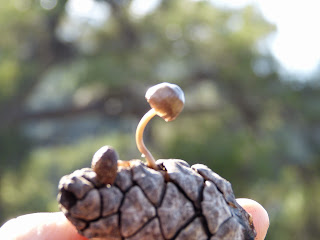 You know the feeling,
You want to say something, but work..stuff  .. happens..
So, some photos.. 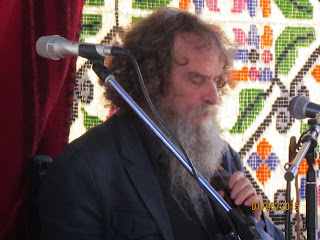 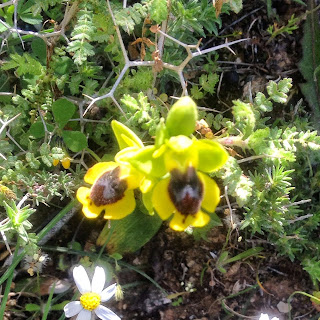 Now is the time to come to Crete if you are interested in flora and fauna
The countryside is awash with colour. 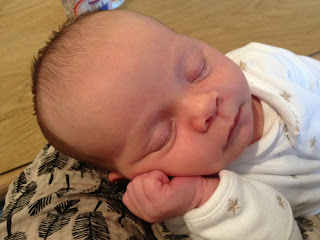 A new arrival....
Our third granddaughter Cora arrived in February..
Isn't she gorgeous? 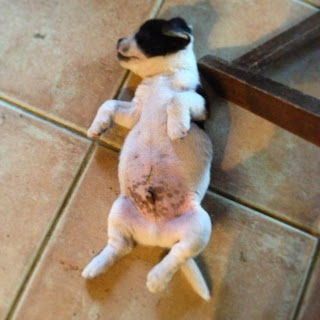 I found a month old abandoned puppy in the olive groves,
we fostered him whilst he grew, then he was adopted by someone in Brighton, UK..
Hope he's having a good life.. 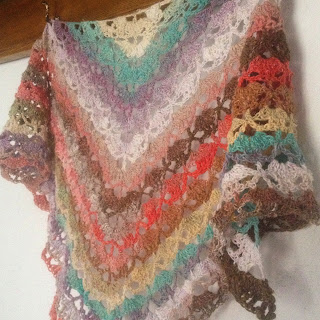 I have been making....
above is Southbay Shawlette, except I doubled the amount of yarn..
I used Noro Taiyo, a blend of cotton and silk, it's blocking at this very minute and I can't wait to see how it turns out... 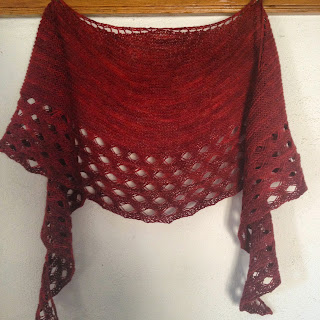 This is my Settler Shawl, designed by Truly Myrtle Designs;
.. 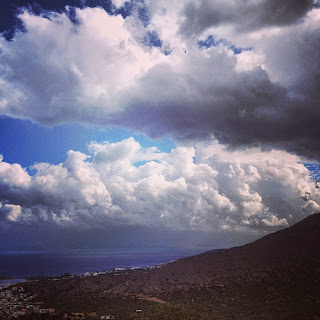 We've had the wettest and coldest winter in Crete for years.... 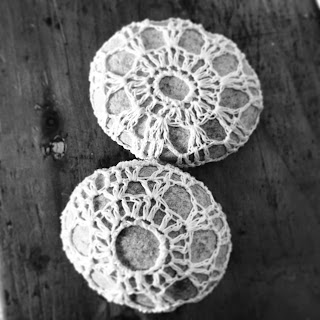 Do like the odd crochet pebble...soothing to make and so simple.
I've still been spinning, bought some gorgeous fluff back from the UK..
But it's a slow old game.. 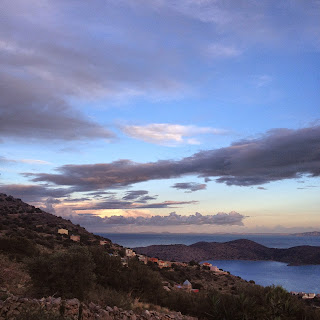 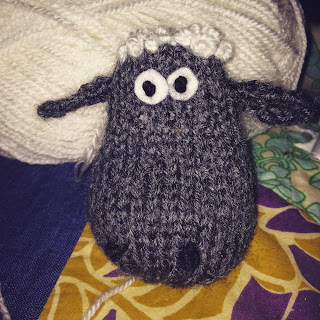 I little something for Cora 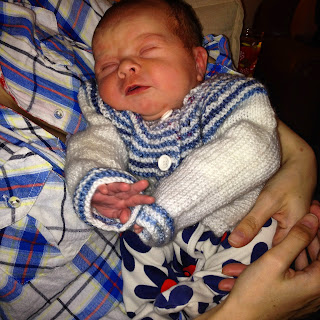 Cora wearing her Gidday Baby cardigan, designed by Georgie Hallam of Tikkiknits.
So, that's a taster, a catch up...
Now for the other news, I off again on Friday..
Granddaughter number 4!!! arrives in June..
Posted by Jude at 12:29 11 comments: