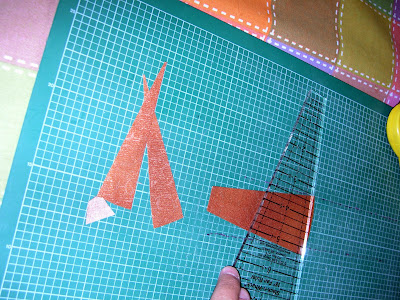 Had an enjoyable morning with Chris and Sandy,
above, is Sandy's first steps to making some quilted cushion covers.
She didn't want me to include this photo but we'll watch how she progresses. 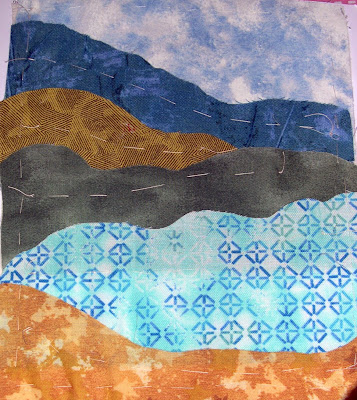 And this is Chris's first attempt at a landscape scene for a wall hanging, during the morning she added netting and will include some embroidery. Her inspiration came from a photograph she took of the local countryside and sea. 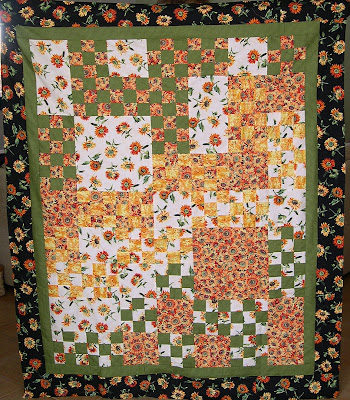 Chris's quilt, she's standing behind it, holding it up, is now waiting to be backed. It is looking really nice and colourful. We all decided that it would look good with a narrow binding around it in the lightest of the yellow fabric.


Typically, I forgot to photograph my pieces!!
I'll do it tomorrow and include them then.
I was too worried about my temporary filling falling out of my tooth again. Yannis, the dentist, was in a much better mood today. He said his day was falling into place very well, his patients were actually arriving on time, so he was happy. Hooray!!
Had an email from Harriet Beesely today, she's started a blog called http://www.thesquarequiltingcircle.blogspot.com/ and would like some input from quilters around the world......

WEll, YES, I want to see YOUR quilt!!! The others are lovely and I feel inspired to attempt a landscape seeing your friends. But am looking forward to your work!
Hope your tooth stays put, and your dentist happy.
I will go check out the new blogger and her quilts now.

PS, can't get to Harriet through this link. Have you her whole blog name URL???

I look forward to seeing your quilt! Good luck with your tooth. :)

Thank you! Any comments from more experienced quilters will be really useful for my research, I'm looking at the visual language of quilts and women in communities, so basically chit chat and virtual tea parties. Best wishes, Harriet

i've always loved quilting, and used to do quite a bit of patchwork when i lived in NZ, but now i dont have much time for it unfortunately